What are they up to? Seasonal activities: coming into spring

Winter is nearly over and spring is in the air – for nature as well as for some of our favourite species to spot on Snapshot, this time of year symbolises the beginning of new life. Indeed, fresh additions are about to be brought into the current mouflon and wild boar populations as sows and ewes are coming to the end of their gestation periods. 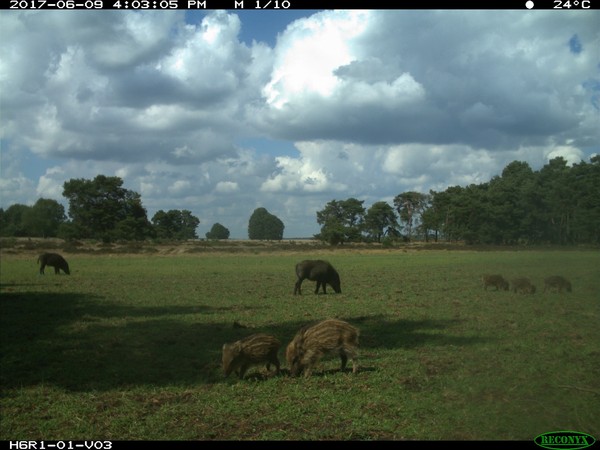 The wild boar’s mating season, also known as the rut, usually takes place between November and January from which a 15 week long gestation period ensues. A sow can be expected to have as many as twelve piglets although numbers usually stay between four and seven. For all you nature enthusiasts out there, this is a very exciting time as you will soon be able to witness the arrival of the Park’s new generation of piglets – just keep your eyes peeled for groups of small furry creatures wearing stripy gold and white ‘pyjamas’. Just a small tip: wild boars and piglets are more easily spotted early in the morning and with the help of a good pair of binoculars.

Although the mouflon’s gestation period is slightly longer than the wild boar’s, they too give way to a new generation around this time of the year. Lambs are expected to be born between February and May and usually come to the world with one other sibling, but not more. If you wish to see them for yourself, you should walk around the Bosje van Staf and the Eikenhoutbergen and  it is likely you will spot some roaming in these areas of the Park. 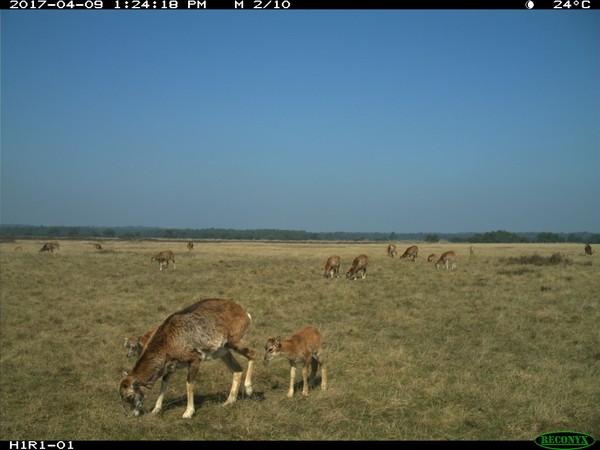 However exciting it is to spot freshly born wildlife in the Park, there are also other interesting changes taking place around this time of the year for our favourite species, such as changes in the animals’ appearance. Indeed, while the wild boar’s coat becomes shorter and of a lighter shade of grey, the mouflon’s dark winter colours also gradually lose their vibrancy and fade into a cooler shade of brown. 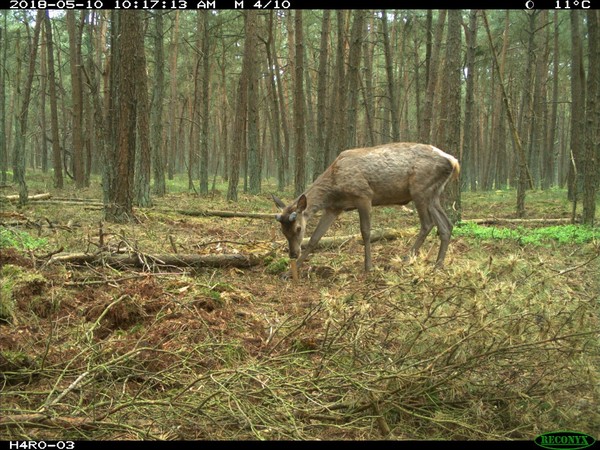 The ‘King of the Park’ also undergoes some significant changes in appearance at this time: not only do red deer transition from a greyish to a reddish brown coat, but stags also shed their antlers. Stags experience an annual drop in testosterone which results in a gradual and pain-free shedding of the antlers – explaining why you will perhaps come across antlerless stags who, despite losing their trade mark look, remain highly recognisable thanks to their comparatively bigger size. Each stag has its antlers organised in a particular fashion and despite losing its antlers, they grow back following the same pattern every year, making it possible for the Park to track a particular stag’s annual antler growth rate.

Although we thoroughly encourage everyone to come to the Park and see the wildlife for themselves, it is important to remember that these animals are wild – being aware of surroundings, wearing dark clothes and keeping at a 25m distance of the animals are a few tips to keep in mind when searching for our ‘Big Four’. Don’t worry if you were not lucky enough to spot any of these phenomena in the Park, just go to Snapshot Hoge Veluwe to contribute to our research and see great close-up pictures of the wildlife like these ones!