A closer look at the Snapshot cameras

Every day is different as an intern at De Hoge Veluwe National Park – from research, meetings, fieldwork, building fences to writing blog posts and mind mapping. A few days ago, I was lucky enough to go out into the field with Frank who has been working at the Park for more than ten years now. Originally a “green man” working towards the maintenance of the Park, he then came to realise his childhood dream of becoming a game keeper. His task is twofold: not only does Frank manage the wildlife by monitoring food and water supplies for the game for population number for example, but he also makes sure that the behaviour of the visitors is not impacting the wildlife negatively.

His duties also include changing the batteries of the 80 Snapshot cameras, and this is what we went out to do that day. For those who don’t know, these cameras were placed in the Park in order to monitor the changes in wildlife caused by the creation of two passages connecting the grounds to the larger Veluwe area. Every time a camera senses heat, it automatically takes a series of pictures and these pictures get sent to the Snapshot online platform to be identified by the public. A regular changing of the cameras is essential to obtain an accurate representation of reality for the research. Indeed, if a camera runs out of battery, there will be a major gap in the chosen time lapse, making results or observations potentially unreliable.

The appearance of the cameras themselves also contribute to achieving the most accurate picture of reality possible. Thanks to their limited size and discrete colour, the cameras are next to impossible to spot from the paths which limits the risk of arousing the visitors’ curiosity. This also prevents the wildlife from being disturbed and having another human factor changing their behaviour. Another benefit of these cameras is their functional adaptability: the frequency of photo taking can be changed to suit any type of research for example. 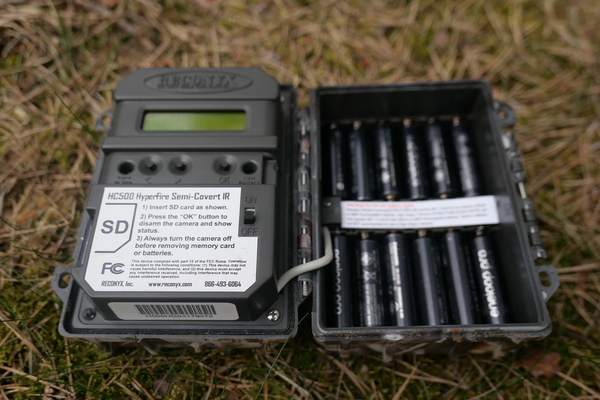 Although research was the primary incentive for installing the cameras, the Snapshot project is a great way to bring people closer to nature. As Frank said, it helps urban dwellers to get more enthusiastic about nature and wildlife and allows everyone to have an insight into parts of nature that human eyes don’t get to witness otherwise. With Snapshot’s 1st birthday coming up next month, what better opportunity to spread the enthusiasm!

Click here to see the pictures from Snapshot Hoge Veluwe